It all started here.

I was 32 at the time and had worked for an architectural studio for 10 years. I was designing office buildings and residential estates. I became efficient in it, so I felt safe and comfortable. Yet I knew that my time at that place was coming to an end and I felt I should go my way to try something new. However, it was difficult to make that decision because I had no idea what else I could do in life. I needed an impulse in order to make the first move. And then it showed up – the meditation labyrinth.

I heard about it from a friend who had returned from the USA where she came across this idea. Meditation labyrinths appeared at the same time in various places around the world back in ancient times. Their characteristic feature was one path leading to the center, there were no dead ends that are so typical for labyrinths. The pattern that is probably most popular can be found on the floor of the Cathedral in Chartres built in the Middle Ages.

The meditation labyrinth is a powerful tool for transformation, used for meditation, prayer, physical and spiritual cure.

This topic sparked my interest and moved me. I really wanted to experience that. There was no such place in Poland.

But dreams are meant to be fulfilled.

And six months later I got a chance to make a meditation labyrinth.

For the purpose of this project my friends and I founded an informal group called KarMEL, the name originated from our names: Karolina, Magda, Ela. Our group, with the help of relatives and friends of a rabbit, made a labyrinth on the area of a former factory – Koneser. It was part of Re:Praga project and it was finalized during the Museum Night 2010.

We painted the labyrinth with paints on the asphalt. Preparing the terrain by getting rid of water that stayed after heavy rains and painting with huge brushes on the asphalt was enjoyable and evoked the feeling of longing in me… It was also creative work for an idea without the use of computers, it was an urban action, as well as interaction with the labyrinth users. The interest with this object was huge and far exceeded our expectations.

It was a turning point for me. It was the moment when I decided to quit my job and start a totally new chapter of my life. This is how my adventure with painting started. It continues and takes various forms.

The labyrinth theme has appeared on my paintings a few times. One of them was used to make a poster that you can walk across with your finger, a feather or a brush. Our labyrinth in Praga is now history, a new project is rising on the spot. There is no physical trace of it, but it has certainly impacted my life. 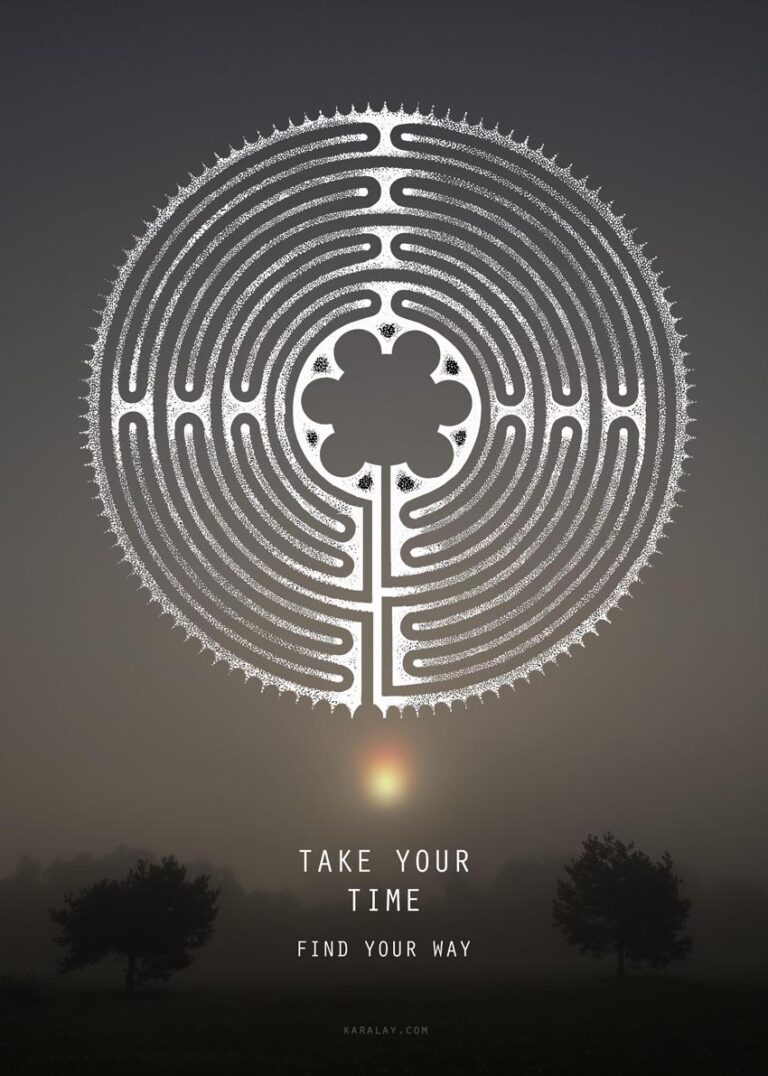 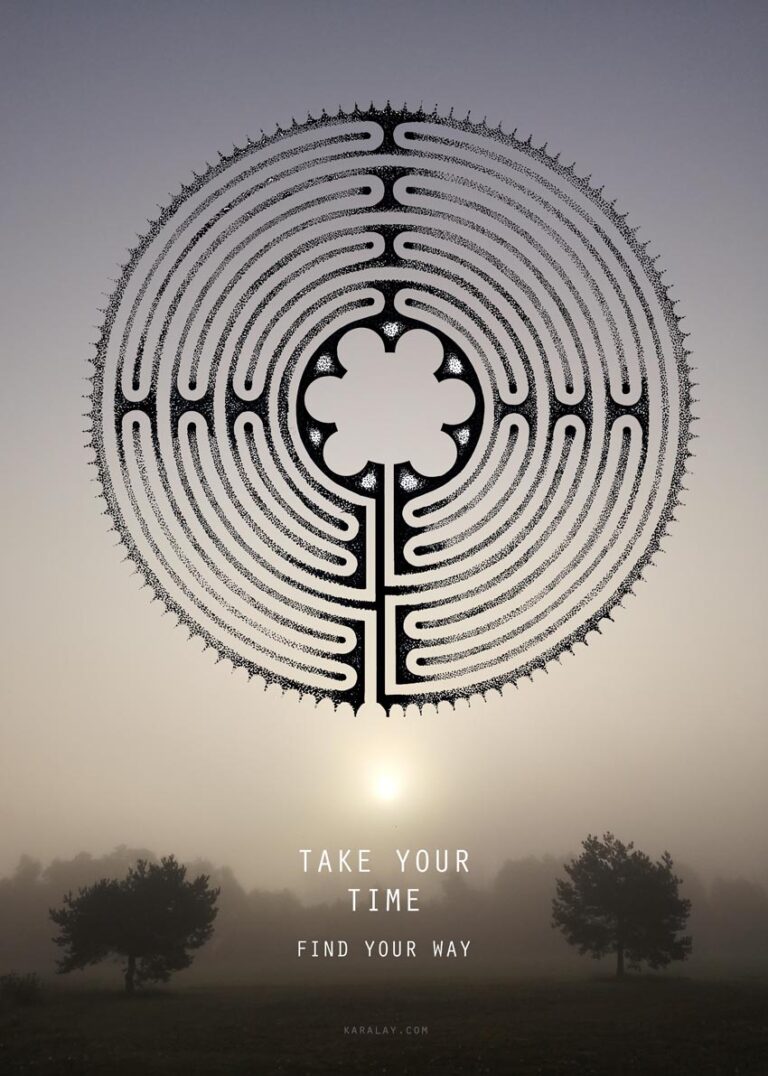 *** If you are interested in a different format, let me know.

Information on the meditation labyrinth comes from the websites:

I encourage everyone interested in this topic to visit this rich source.